Posted on January 26, 2014 by redeemercolumbusga

In the name of the Father, the ╬ Son, and the Holy Spirit, amen!

Once sitting around the dinner table Martin Luther said to his company, “Oh, if I only could pray the way this dog watches the meat!  All his thoughts are concentrated on the piece of meat.  Otherwise he has not thought, wish, or hope.”[1]  One could conclude from this that Luther was teaching some kind of prosperity gospel.  Only pray hard enough and keep your eye on your wish or hope and God may be more likely to give it to you.  This is not Luther’s teaching.  What is prayer’s object and goal?  It is communion with God and the object of prayer is always God just as Christ taught us to pray, “Our Father, who art in heaven etc.”  Just as the dog sitting below the dinner table won’t take his eyes of the delicious morsel on his master’s fork, so Luther wished he could pray and maintain focus on God whom he prayed to with the same unwavering attention.

We heard about two examples of this kind of dogged faith in our Gospel lesson.  The healing of the leper and the centurion’s servant come right on the heels of the Sermon on the Mount.  Much of what Jesus claimed in word, now He does in deed.  The Sermon on the Mount opens with the beatitudes where He promises that the poor in spirit, the mourning, and meek are blessed.  So, for His first miraculous healing He heals a leper in a very surprising, controversial, and comforting way.

Jesus preached blessing to the poor and ostracized in his sermon and now he is approached by one of the poorest and most ostracized characters of the ancient world, a leper.  Lepers were isolated from the community of Israel.  This man who approached Jesus directly would have to warn anyone to stay away from them.  It was quite shocking he’d be so bold to approach the Lord.  He was isolated from his family, his work, and his house of worship.  There were perhaps misunderstandings about how skin diseases could be contracted, but Israel’s greater concern was his and all lepers’ ceremonial uncleanness.  His white and flaking flesh was a constant testament to the reality of our brokenness and the sinfulness of the world.  That’s not to say he had sinned to deserve this plight, but rather he found himself in a place of constant uncleanness.  He had reached a point of no return; no washing or cleansing was possible.

So as Christ came down from the mountainside the crowds followed him and in this crowd the first person to interact with him is this unclean leper.  “Lord, if you will, you can make me clean.”  These words are a confession of faith; the faith that the preaching of Jesus had created in the man there on the mountain.  His confession and prayer is a beautiful example of the dog-like faith Luther spoke of.  First, he called Him Lord.  The leper recognized that Jesus spoke with His own authority unlike other rabbis.  By calling Him Lord the leper was confessing his subjection to Jesus.  Then he says, if you will.  This treats Jesus with respect.  He recognizes that Jesus does not have to do anything against His will.  Then the leper says, you can make me clean.  This statement recognizes Jesus’ competence and ability.  The leper believed that Jesus did not just give a good sermon, but could accomplish the very blessing He promised.

This true faith is a fine combination of respect (if you want to) and confidence (you can make me clean).  Though this might be like the dogged faith that won’t take its eyes off the prize it honestly recognizes that it cannot know if the Lord in every case intends to heal.  Not every leper in Jesus’ day was cleansed.  We still have over 200,000 cases of leprosy around the world each year.  No matter how many illnesses we may beat all people eventually die whether they have faith or not.  Christians who desire healing often think of Paul’s thorn in the flesh which was never removed.  After much prayer Paul recognized that this weakness was given to him so that he would not become prideful.  Instead he learned to rely on God’s grace for God’s power is made perfect in weakness.  He knew this was true for God’s power was perfect even in the weakness of the Cross of Christ.

So we cannot presume to order God around.  This leper does not, the centurion later on does not try to boss Jesus around in his display of great faith.  Rather, faith is marked by confidence.  There is no, “you might be able to do this…” in the leper’s thoughts.  As we look more at the leper’s petition we see that it’s less of a request and more of an affirmation of who Jesus is.  “Lord,” a religious word in Jesus’ day, “if you want, you can make me clean.”  Indeed, he never asks, “Will you make me clean?”  He just states the facts.  You can make me clean!  His words are not just about his desire to be healed; they are in fact about the One who has power to heal.  Faith is not some general belief in God like so many people have.  It is a particular trust in God’s Son and a certain hope that He is able to help us with our deepest problems.

What follows is the most comforting and yet controversial part of the lesson.  The man is close enough to touch and Jesus grasps the man and while doing so says, “I want to, be clean.”  Jesus made himself ceremonially unclean in that instance.  No rabbi or prophet would ever do that.  We saw Elisha would not even go out to Naaman in our Old Testament lesson.  Moses healed his sister Miriam when she became leprous, but never touched her.  The affliction of the leper cannot taint Jesus though.  Instead the clean One grasps the unclean and the leper is cleansed.

This is the easiest miracle to understand.  The gospel is in that touch.  This leper likely hadn’t had human contact of this kind in years if not decades.   Now in this touch from Jesus we have God’s identifying love.  It is the good news that God through His Son Jesus touches all of us; He even enters physically into our lives, and makes us His own.  On the cross He received the uncleanness of the entire world.  By His cross and resurrection every infirmity will be healed at the resurrection on the Last Day.  Until then He constantly gives us this identifying love of God.  He does so time and again in the forgiveness of our sins and the healing we first received in our Baptism to this day. 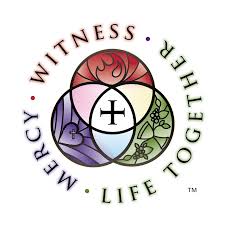 Having this hope the Church should also pause here and consider what Jesus has done for this leper.  It should be no surprise that leper colonies became early Christian mission fields.  Jesus in word and deed proved Himself to be Christ the Lord and Savior.  So we at Redeemer should consider this for the ministry our Lord has given us.  A believable ministry of the Word and the Sacraments that we have here every Sunday will be accompanied by a compassionate ministry of deed in love and service of our neighbor.  It would benefit us to consider how we together can show compassion to our neighbors around us.  Especially we must consider the ostracized and the unwanted like this leper.  Those are conversations we need to have.

In closing let’s return to our Lord’s words that are so comforting as we receive His love and seek to love our neighbors.  Words without deeds are unimpressive, but deeds without words can be confusing.  Jesus gave the leper both.  He gives Him the words the leper most needed to hear and us too.  As He healed the man, Jesus said, “I want to…”  It’s Jesus’ will to do these things.  He does not in anyway feel forced or compelled against His will to save us.  So, these simple words reveal something very profound about your Lord, not only has He saved you, but it was His absolute desire to do so.  As we share the gospel it’s always important to emphasize this point.  It’s not like God treats us like a master throwing his obstinate pup some scrap from the table.  No, God not only invites us to sit at table and dine with Him, but these words of Christ reveal something of God’s inner life.  He invites you to table to feed you and heal you; and as He does so He says, “I want to…”.  In Jesus’ name, Amen.

This entry was posted in Epiphany, One Year Lectionary, Sermon. Bookmark the permalink.